In 2019 we launched our first global Open Banking report to take a look at the various initiatives that had been implemented globally to promote the adoption of Open Banking and an open API infrastructure. 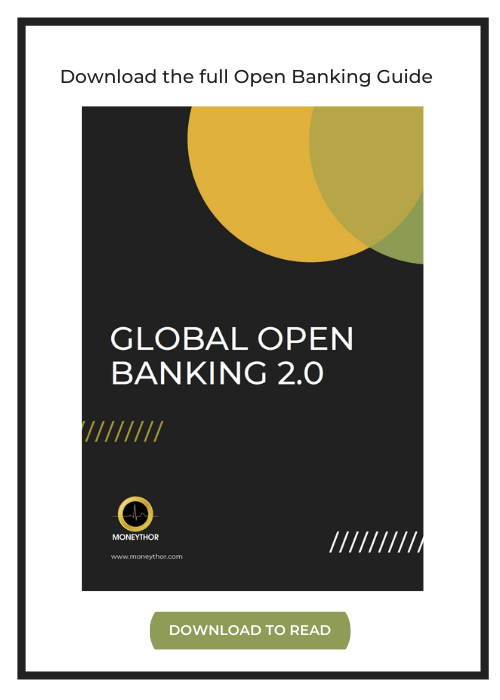 It is within this last year that we have begun to see the real-world implications of Open Banking and the true impact that it can have on the banking industry such as promoting financial inclusion, improving financial literacy and increasing competition.

While the road to Open Banking has not been easy with multiple setbacks and issues around secure data sharing, delays in bank adoption and inadequate payment systems, now more than ever we expect to see it to become globally mainstream as leading banks around the world look to implement some form of Open Banking standards.

Digital transformation has been top of the agenda for leading banks for years, but with the 2020 pandemic it cannot be denied that these plans have been accelerated. In the Banking space, Open Banking plays a crucial role in this transformation.

Low competition, high barriers to entry and a lack of customer switching had, until recently, reduced innovation in the banking industry. Incumbent players who dominated the industry struggled to introduce modern banking products and services that kept up with customers’ changing needs and preferences.

Fintechs and startups struggled to get a footing in an industry that regulation protected and kept closed off. Ultimately it was the customer who lost out and had to make do with sub-par banking products and experiences.

Over the last few years digital transformation in banking has required banks to rethink how they serve both retail and SME customers and Open Banking has emerged as a key to innovating the banking industry and driving profitability through collaboration with external parties. Open Banking, which promotes the secure sharing of bank financial data with third party providers (TPPs) through open APIs, enables those companies and banks to develop financial products. It is this sharing of data with TPPs and the opening up of the financial services industry that is driving innovation by both incumbents and newcomers alike in an industry that has struggled to digitalise at the same pace as other sectors.

“Open Banking is is the secure sharing of bank financial data and services with third parties through open APIs enabling those companies to develop financial products.”

Since Open Banking was first launched in Europe with the Second Payment Services Directive (PSD2) and quickly followed by Open Banking regulation in the UK, there has been a sharp rise in the number of Open Banking initiatives that have been launched across the globe. These initiatives, regulations and directives vary greatly depending a market’s decided approach.

This report details the regions, countries and institutions that are moving towards Open Banking and proposes a framework for categorising them based on four pillars:

Open Banking is global, however not all regions follow the same standards or regulation. While some nations have decided to follow the same approach others have chosen to go out on their own and launch individual programs that suit their nations’ needs. Geographical scope highlights whether an Open Banking initiative was introduced at an: The countries included in this report are at varying stages of development and implementation of Open Banking initiatives. Some countries are at the beginning of their journey and may still be investigating the benefits while in other countries they may be in the process of implementing the standards. We split the countries out into three stages of developement and these include include: At their core all Open Banking initiatives are a set of standards which banks can use to build their own Open Banking-powered products and services. These standards can vary with some requiring that banks follow them to the letter and others which allow more room for variation on part of the bank. Open Banking standards can be: The majority of Open Banking initiatives have been introduced at a national or an industry level. The European Union, which launched PSD2 to encourage free markets, covers all of its member states and is the only initiative that crosses borders.  While no other regulation is being implemented internationally, a number of countries, including Argentina and South Africa, are adopting a version of the UK’s Open Banking technical standards.

44% of nations have introduced mandatory regulation

44% of nations have chosen to introduce mandatory Open Banking regulation, which obliges the leading banks in a country to comply with the regulation. While a mandatory approach has encouraged the adoption and spread of Open Banking, it is interesting to note that some nations such as China and Singapore who have not enforced adoption but rather allowed a market-driven approach are farther along in their Open Banking journey than others.

70% of countries are in the transitional stage of development

Of all the 23 countries included in this report, 70% are in the transitional stage, where the standards have been introduced by government or industry bodies and it is now up to banks and fintechs to implement them. For those countries in the implemented stage (26%), the first benefits are starting to be seen with customers gaining more control over their data and better insights into their financial lives.

39% of nations have provided functional standards

39% of nations included here have provided technical standards for the implementation of Open Banking. 44% have introduced functional standards, which allow banks in those markets to build their own technical specifications. While it may benefit the banking industry to have a number of standards to trial until finding the correct option, by not having a standardised technical approach fintechs will have to adhere to each bank’s technical specs rather than a blanket technical approach that would save them time and money.

Download the full guide here to see each a country-by-country breakdown of initiatives or go to our interactive page for a quick overview.