Moneythor’s behavioural science series, a four-part collection of blogs, is based on interviews held with Klaus Wertenbroch, a renowned expert in behavioural economics and consumer-decision-making. In this series we will be delving into the topic of behavioural science in financial services, it’s benefits and pitfalls, the impact it can have on the financial wellbeing of customers and the role it will play in the future of banking.

Part 4 – What Role will Behavioural Science Play in the Future of Banking?

The future of behavioural science, like most other things, is digital as banks continue to transform the channels they use to communicate with customers and the experiences they deliver online. According to Wertenbroch, “most financial experiences – just like most other commercial and even many personal interactions – will be increasingly digital. The COVID-19 pandemic is accelerating this trend even more. Insights from behavioural science will thus be applied via online tools.”

When considering the role behavioural science will play in the future of banking, Wertenbroch notes “[The] impact it will have on customer experiences will depend on how financial service providers want to use behavioural insights. On the one hand, they could use these to take advantage of consumers’ vulnerabilities that arise from the systematic, ‘hardwired’ deviations from rationality, which behavioural scientists have identified and documented over the last 50 years. Needless to say, such business practices would be ethically questionable.”

Potential ethical pitfalls from the commercial application of behavioural science principles have prompted regulators to intervene in how these principles are used in banking. Wertenbroch points out that “Regulators have increasingly been cracking down on using behavioural insights to consumers’ detriment. For example, the United States Credit Card Act of 2009 requires banks to calculate how long it will take customers to pay off their debt if they make only minimum monthly payments. These suggested minimum payments anchor customers on making payments that are low enough to keep them in debt longer and thus generate higher interest income for the bank. Such anchoring and reference effects have been well researched by behavioural scientists.”

Regarding the question of regulation, Wertenbroch adds “Beyond these, regulation does not generally seem warranted, even though critics may still question the ethics of nudging. Nudging is meant to improve individual and societal well-being, for example, by prompting consumers to make better financial decisions, without infringing on people’s freedom of choice. That’s a utilitarian objective, which not everyone shares. Opponents allege that nudging amounts to manipulation because it targets automatic cognitive processes outside of individuals’ awareness and control, so-called ‘system-1′ processes. It is less important to these critics that nudging is for consumers’ own good than that nudging prompts people to make choices that they might otherwise not make, presumably interfering with consumers’ autonomy to make decisions free from external influence.”

In response to the criticism of nudging Wertenbroch remarks “In my view, it is hard to argue that nudging significantly undermines autonomy. That is because autonomous decision-making always relies on both automatic and controlled cognitive processes. Moreover, at least in cases where consumers choose to self-impose constraints via some form of pre-commitment (e.g., frequently paying with limited cash instead of using their credit cards), they themselves reveal through their behaviour that they understand that they need help. In those cases, consensual nudging should be ethically uncontroversial. In sum, it is difficult to justify a need to regulate behavioural science techniques in general beyond curbing abuses of consumers’ private data and psychological biases.”

While the debate about ethics in behavioural science will no doubt continue in the future, it is important to remember the positive impact that it can have on customer wellbeing.

“As the examples show, financial service providers can use behavioural insights to help improve their customers’ wellbeing. That should be a win-win in that customers will interact with their service providers more extensively when they see the benefits they get from these interactions and this will also strengthen the service providers’ brands. Providing information to help customers minimize anchoring and framing effects, helping them save more for the future, or reducing friction points are straightforward behavioural science measures that can improve not only digital customer experiences but customers’ lives.”

Part 2 – The Benefits and Pitfalls of Behavioural Science in Banking

Part 3 – How can Behavioural Science Improve Financial Wellbeing amongst customers? 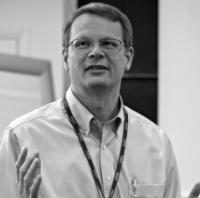